HIM is a rock band from Finland formed in 1991 by vocalist Ville Valo, guitarist Mikko Lindström, and bassist Mikko Paananen. They have released six full length albums to date. As of 2009, they are the only Finnish band to have an album certified a "gold record" in the United States. 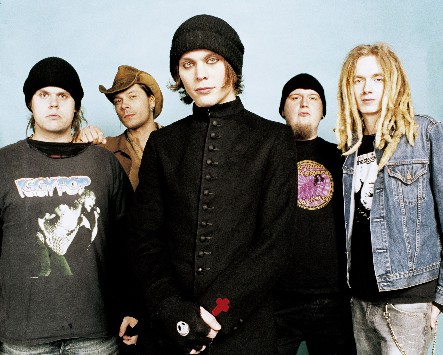 Retrieved from "https://rock.fandom.com/wiki/HIM?oldid=4311"
Community content is available under CC-BY-SA unless otherwise noted.